Welcome to the home of South Oxfordshire CAMRA 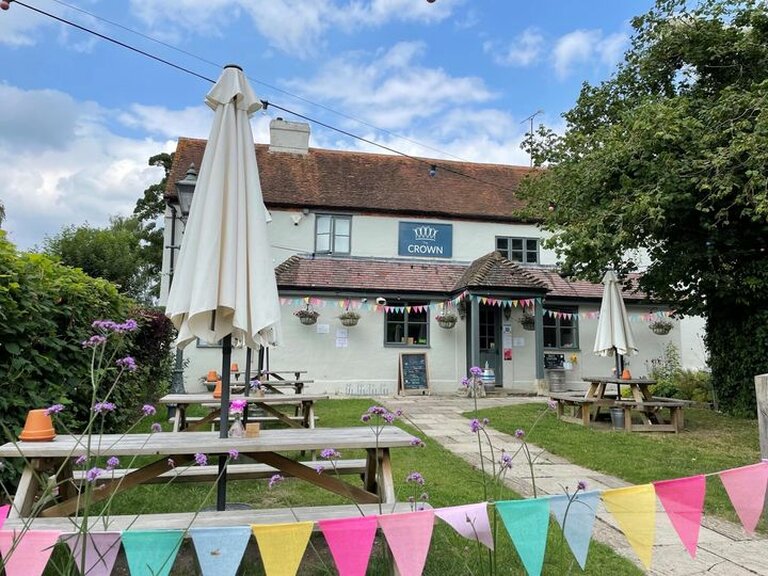 We are delighted to announce that the winner of South Oxfordshire CAMRA Branch Pub of the Year 2022 is the Crown, South Moreton. It was a tight competition amongst the seven worthy candidates, with all pubs scoring large numbers of votes, but the community-owned Crown came out on top. The pub serves fresh cask ales from local breweries The Loose Cannon Brewery and Amwell Springs Brewery Co. amongst others.

Licensee of the The Crown Inn, South Moreton, Di Humphrey, on hearing the news, commented: “It’s been such an honour to run our community pub and for that to be formally recognised by CAMRA is absolutely amazing”.

If you are a fully paid up member of CAMRA, please do visit the Members' Area, where we endeavour to keep all of our members appraised of the latest news relating to Good Beer Guide nominees, Pub of the Year and Season candidates, and general beer scoring trends. You will also find minutes of our monthly Branch meetings for the last 12 months, as well as for our most recent AGM.

Calling all pub landlords and brewers in the Branch area

If you are throwing a beer-related event at your pub or brewery we would love to hear about it! Please contact us to let us know about your event and we will post it here as well as on our social media.

We currently only have 6 pubs as Assets of Community Value (ACVs) in the branch. If you would like to find out more about protecting your local with an ACV, take a look at the help on our main website.